ItÔÇÖs a universal fact that Fasteners play a key role in almost every industry be it Heavy metal industry, Iron and steel industry or else. Moreover, just like every technology, the Fastening technology has also evolved big time in the past few years. The same has been due to the increasing demands of the industry to enable better and cost effective ways to develop highly efficient Fasteners. It was been found that fasteners which are market ready and more sustainable are high in demands. These demands continuously quote that the fasteners should work harder, smarter, and better ways to support the overall work process along with the product design and development. The same has resulted in making the fasteners designers realize that the attaching hardware and its specifications should now be a ÔÇťPrimaryÔÇŁ aspect instead of secondary. 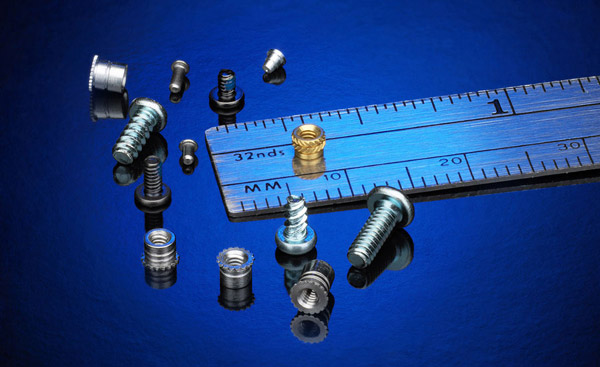 The same trend has been started with the evolution of specific functional fasteners. These types of fasteners can initially be installed permanently and then attached with minimal loose hardware to get the desired result. They have now taken over the conventional permanent attachment methods, such as adhesives, rivets, and welding, which essentially prohibit the de-attachment of the respective component.

When it comes to the highly sensitive electronics components industry, bigger concerns have been raised earlier about potential and cost effective damage to printed circuit boards while getting the Fasteners installed. The same has resulted in the development of advanced surface mounting capabilities for fasteners. These Fasteners are currently being supplied on enclosed tape-and-reel for preset soldering directly onto the respective functional boards. As fasteners gets attached to the surface of other connected surface-mounted components, the reliability of boards stay intact, secondary operations are vanished, the assembly process gets smoothened and would result in avoidance of expensive scrap.

This showcase a new and reliable technology to get the fasteners installed during the stamping process. Working alongside with the stamping process to supply and install clinch fasteners, these portable systems currently available in the market avoid the unnecessary processes which were earlier required for fastener insertions. This has resulted in enhancing overall productivity, quality, and savings and getting an upper hand amongst the market competitors as the whole system allows you with a capability to perform multiple operations (stamping and fastener-installation) at the same time in the die.

These specialized fasteners integrate a combination of metal and injection-molded plastic elements and, are less expensive, lighter, and easier to alter and install than the usual standard mechanical fasteners.