Types and Uses of Fastener 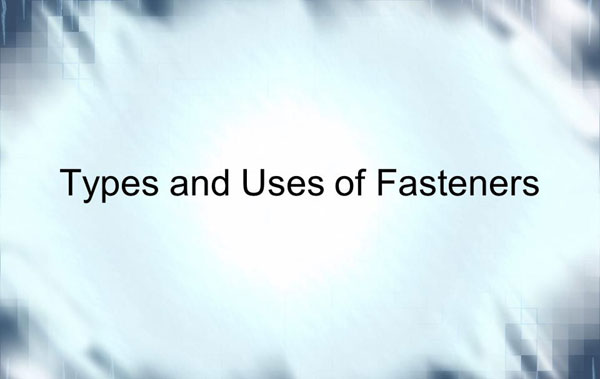 Fasteners are nothing but the universal components used to create non-permanent joints. In other words, they will simplify the manufacturer of structures and machines. Being reduces the need for larger parts, fasteners are normally easier to design less complex components and even fasten them together. They could also be installed with the intention to offer additional support.

Ranging from the usual household appliances we have used in our everyday life to some high tech gizmos, we have a common component present in them, thatâ€™s a fastener. Even though fasteners are not directly visualized by us, they will play an essential role in our regular life. Whatever it may be, right from holding tables and chairs we sit on to automobiles that we travel as each and every edge of what we have used is held in position through a Fastener.

Specific types of Fasteners and its uses: